On 12 April 2019, the Trade Policy Review Mechanism (TPRM) commemorates its 30th anniversary. Established to ensure greater awareness of national trade policies, the TPRM is one of the main channels used by the WTO to promote accountability, predictability and transparency - the core values of the multilateral trading system.

From 5 to 8 April 1989, the Trade Negotiations Committee of the General Agreement on Tariffs and Trade (GATT) successfully completed the mid-term review of the Uruguay Round of trade negotiations. One of the most important outcomes of this review was the TPRM.

On 12 April 1989, the GATT Council decided that the TPRM would be implemented immediately, albeit on a provisional basis. Some five years later, the TPRM was confirmed as an integral part of the WTO under Annex 3 of the Marrakesh Agreement Establishing the WTO, which was signed on 15 April 1994.

Up to 1995, Trade Policy Reviews (TPRs) focused on trade in goods only. However, following the establishment of the WTO in 1995, the scope of the Reviews was expanded to cover trade in services and intellectual property rights.

As stated in the Marrakesh Agreement, the purpose of the TPRM is to "contribute to improved adherence by all Members to rules, disciplines and commitments made under the Multilateral Trade Agreements and, where applicable, the Plurilateral Trade Agreements, and hence to the smoother functioning of the multilateral trading system, by achieving greater transparency in, and understanding of, the trade policies and practices of Members".

Further information about the TPRM is available here.

Aims of the TPRM

The aims of the TPRM are to:

More recently, the WTO has expanded its trade monitoring role, producing on a regular basis reports looking into trade-policy trends across the WTO membership as a whole. Launched in early 2009 following the outbreak of the global financial crisis, these WTO-wide trade monitoring reports have further strengthened the transparency objectives of the Trade Policy Review Mechanism. Every six months, the WTO issues a new report outlining how WTO members and observers are implementing a broad range of policy measures that facilitate or restrict trade flows.

The first countries subject to a Trade Policy Review were Australia, Morocco and the United States. These reports were distributed on 16 November 1989 and discussed at the GATT Council on 12, 13 and 14 December 1989, respectively. The reports are accessible below:

The frequency of TPRs varies according to the member's share of world trade. Under changes to the review cycle agreed in 2016, the four largest traders (currently the European Union, the United States, China and Japan) are reviewed every three years. The next 16 largest are reviewed every five years, and other members every seven years.

Conference at the WTO

To mark the 30th anniversary of the WTO's TPRM, the WTO Secretariat is organizing a high-level conference on 27 November 2019.

The conference will focus on the role of the Mechanism in ensuring the effective functioning of the multilateral trading system by providing enhanced transparency, accountability and monitoring at the global level.

The event will allow for an informal exchange of views among all stakeholders about the achievements of the past 30 years and the challenges facing the TPRM. In addition, it will be an opportunity to reflect on ten years of the trade monitoring exercise, which is also part of the TPRM mandate.

The objectives of the conference include:

The agenda of the conference will be announced closer to the time of the event.

The programme for the conference is available here.

Slideshow of key events over the past 30 years 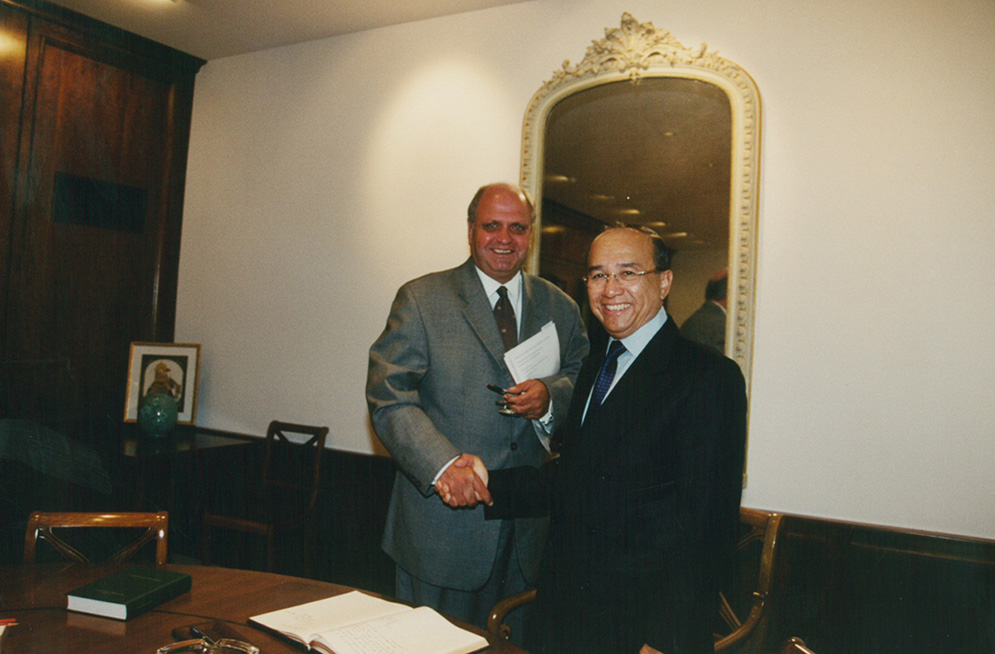 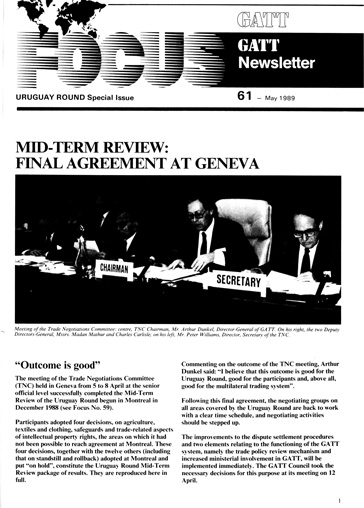