“This a real success story for the WTO. We have accomplished a lot in the last 30 years, and I am sure we can do even more,” DG Azevêdo said. “If the TPRM did not exist, we would have to invent something like it. Yet as with any system created by humans, there is room for improvement. We need to ensure that the mechanism can respond to changes in the global economy.”

“Today, trade is far more multi-faceted than it was a generation ago,” he continued. “Global value chains bring together flows of goods, services, investment and people. Nearly two-thirds of traded goods are made with components from at least two different countries. Advances in technology, such as e-commerce or artificial intelligence, are revolutionizing the way we trade. These pose new questions both for the broader trading system and for how the TPR mechanism should evolve.”

DG Azevêdo expressed hope that participants' conversations would generate ideas that would help members enable the TPRM to be as effective for the next 30 years as it has been in the past.

Looking back three decades, DG Azevêdo noted that the decision of the contracting parties to the General Agreement on Tariffs and Trade (GATT) to establish the TPRM in April 1989 was in itself a “quite revolutionary” response to changing economic circumstances, as for the first time sovereign governments had agreed to submit their national trade policies and practices to a regular process of multilateral surveillance and peer-review. Read his full speech here.

The new mechanism, which at first was implemented on a provisional basis was confirmed as an integral part of the WTO in 1994, in Annex 3 of the Marrakesh Agreement. Following the establishment of the WTO in 1995, the scope of reviews was expanded beyond goods to cover services and trade-related aspects of intellectual property rights.

More than 500 reviews have been conducted under the Trade Policy Review Body over the past 30 years, covering 157 of the 164 WTO members. Australia, Morocco and the United States were the first three members subject to this peer-review and transparency process, and their Trade Policy Review reports were distributed on 16 November 1989. More information here.

DG Azevêdo emphasised the importance of an effective TPRM at a time when the trading system is facing major challenges.

“Trade tensions and the resulting uncertainty for businesses are taking a toll on global investment, trade and economic growth. Restoring confidence and certainty to the trading system would help it continue to promote growth and development. Maintaining and strengthening our transparency work is an important part of that,” he said.

The conference was organized around five themes: the history of the TPRM; its evolution over the years and the present; the contribution to technical assistance and capacity building; added transparency under the trade monitoring exercise; and the future.

Members, academics, people involved directly in the mechanism's history, some of its original negotiators, current and past chairpersons of the Trade Policy Review Body, and WTO TPRM Division directors shared their experiences and stories, reflecting on the lessons learned and looking at how this mechanism can adapt and respond to a changing trading system.

“These are precisely the expected outcomes — views and suggestions on how to make the TPRM more effective and robust for members' benefit,” said Willy Alfaro, Director of the Trade Policies Review Division. “Changes to the mechanism itself can come only from the membership. And we hope this conference will provide the opportunity to generate useful ideas that could be fed into the next appraisal of the TPRM in the coming years.”

The conference was also the opportunity to reflect on ten years of the WTO's role in monitoring trade policy trends across the WTO membership, which is also part of the TPRM mandate. Following the recent global financial and economic crisis, the TPRM started working on two series of trade monitoring reports: WTO-wide reports on trade-related developments covering the whole WTO membership and observers; and joint reports with the Organisation for Economic Co-operation and Development (OECD) and the UN Conference on Trade and Development (UNCTAD) on trade and investment measures taken by G-20 economies. 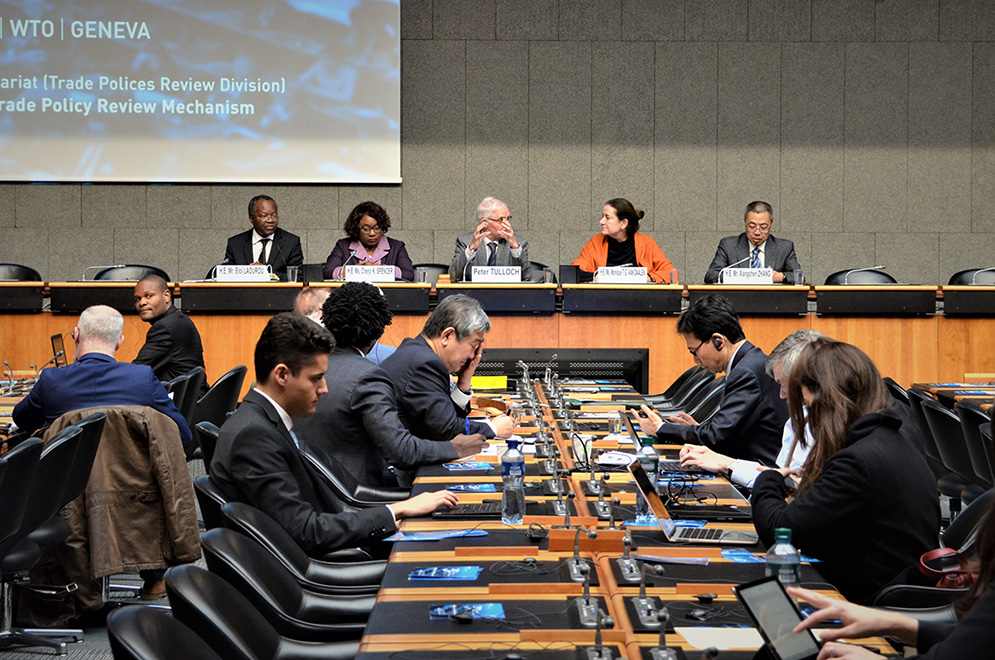 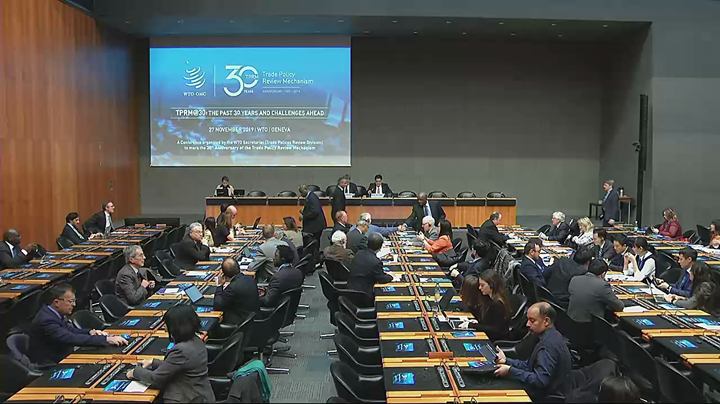