WTO members are pursuing talks on seven negotiating topics in the area of food and agricultural trade. They range from subsidies for farm goods to restrictions on food exports, and the challenge of improving farmers' access to markets.

Also on the agenda are rules governing the procurement of food for public stocks at government-set prices, and a proposed new safeguard mechanism to help developing countries cope with market volatility — two areas which are proceeding in special dedicated negotiating sessions.

Negotiators are also addressing the specific challenges for trade in cotton as well as rules on measures that have comparable effects to export subsidies.

In all negotiating areas, trade officials are also considering how best to improve transparency by making information and data more easily available.

Domestic subsidies for the farm sector — or “domestic support” — have long been a focus of WTO agriculture negotiations. Some types of support can distort trade and markets, undermining the ability of farmers and other economic actors to compete fairly. In talks which led to the WTO's Agreement on Agriculture, negotiators agreed to cap and reduce these kinds of support.

WTO members have agreed that further negotiations should aim at additional cuts as part of a wider reform process. Agricultural exporting countries in particular are keen to advance talks in this area, as are poorer countries that cannot afford to provide large subsidies to their own producers. Many countries which subsidise their farm sectors are also exploring how policy reforms could benefit consumers or the environment.

Current WTO rules place no limits on support causing no more than minimal trade distortion. This includes general services provided by governments in areas such as research, infrastructure, or farmer advisory services; domestic food aid; and various kinds of direct payments, such as those provided under environmental programmes. In addition, WTO rules allow developing countries to provide input and investment subsidies without limits subject to some general conditions. They also permit all WTO members to provide certain production-limiting direct payments.

Negotiations on domestic support are seen as a priority by most WTO members. Several agricultural exporting countries — both developed and developing - have argued that trade ministers should agree a framework or work programme for future cuts to those kinds of support that distort trade.

Many developing countries have argued that maximum permitted support levels should be reduced to the existing “de minimis” levels  defined as a share of the value of agricultural production, with different thresholds for developed and developing countries. Other countries have said that the focus should first be on making more information on farm subsidies easily available, to allow for informed decisions.

Protecting agricultural markets through border measures such as high tariffs can impede access to markets for farmers as well as raise the cost of food for consumers. In the WTO Agreement on Agriculture, members agreed to convert all their trade barriers at the border into tariffs (effectively taxes on imports). They also agreed to set maximum levels for these tariffs on a product-by-product basis. WTO members agreed that further negotiations to reduce protection would form part of a continuing wider reform process.

In recent years, with most members prioritising WTO domestic support negotiations, talks on market access have moved forward only slowly. Many members have instead sought to improve market access through bilateral negotiations with close trading partners or regional deals among blocs.

Some exporting countries seek to reinvigorate WTO market access negotiations that would cut high tariffs and reduce other trade barriers. These WTO members would like trade ministers to agree on a framework for negotiations in this area. Current talks are also focusing on how countries can improve transparency around changes to tariffs once shipments are already en route.

Talks on export competition seek to build on the outcome from the 2015 Nairobi Ministerial Conference, when WTO members reached a historic decision to abolish export subsidies and set new rules for other forms of export support.

Some countries consider the Nairobi Decision as “unfinished business”. They would like to explore ways to strengthen rules on export measures that have similar effects to export subsidies. However, many other countries do not see this negotiating topic as a top priority. Negotiators are looking at ways to improve transparency in this area, but without imposing new burdens on poorer countries that may face more difficulty in collecting and reporting trade data.

Restrictions on food exports is a topic that has risen up the WTO negotiating agenda since the food price spikes of the late 2000s. This is when food importing countries became more concerned that existing WTO rules in this area may not be sufficient to protect consumers from the potential negative effects of these measures on price levels and volatility in other countries, especially in poor ones. Today, two main issues are the focus of negotiators' attention in this area.

One is the question of whether WTO members can agree to exempt from export restrictions food which is bought for humanitarian purposes by the United Nation's World Food Programme (WFP). There is general agreement that the UN agency's valuable work is critical for saving lives in emergencies, and merits wholehearted support from the WTO membership. At the same time, some developing countries say that any new commitment in this area should acknowledge the food security needs in the country where food is procured.

Another question is whether members can agree to improve transparency by making information about export restrictions more easily available to food importing countries, including through the advance notice they provide of measures to be imposed. A group of countries for whom food imports are important have argued in favour of action in this area.

Cotton has been high on the WTO agriculture agenda since 2003, when four West African cotton producing countries proposed a special sectoral initiative to address the problems they face in this area. Reforming cotton subsidies that distort world markets was and remains an important priority for the group. However, progress has been slow as some WTO members want to address this issue as part of the broader discussion on domestic support.

As in other negotiating areas, negotiators have also been discussing the question of how best to improve transparency and access to relevant data and information. Separate talks are also taking place on how to support the development of the cotton sector in the most vulnerable cotton producing countries.

A large number of developing countries would like WTO members to agree on a new “special safeguard mechanism” which they could use to raise tariffs temporarily in the event of a sudden surge in import volumes or a fall in prices. At the 2015 Nairobi Ministerial Conference, trade ministers agreed that talks in this area would proceed in dedicated negotiating sessions.

However, progress has been slow, as many agricultural exporting countries — both developed and developing — have said they think any new safeguard of this sort should be part of broader negotiations on how to improve access to markets.

Food price inflation in the late 2000s sparked renewed concern among some developing countries that WTO farm subsidy rules could limit their ability to buy food at government-set prices, as part of their public stockholding programmes for food security purposes. While there is no limit on how much food governments can buy at market prices under these programmes, support provided to farmers through government-administered minimum prices needs to be counted towards a country's overall limit on farm support under WTO rules.

At the WTO's Bali Ministerial Conference in 2013, WTO members agreed not to challenge the consistency of the support provided under public stockholding programmes with the Agreement on Agriculture. This was on the proviso that developing countries complied with certain conditions, such as providing more information on how these programmes operated, and how stocks were procured and released. Two years later, at the Nairobi Ministerial Conference, ministers agreed that talks aimed at a “permanent solution” in this area would also proceed in dedicated negotiating sessions and under a separate track.

Many developing countries see a negotiating outcome as a high priority. However, a number of exporting countries, both developed and developing, have said that a solution in this area should not allow countries to distort trade and undermine food security elsewhere — for example, by enabling countries to export subsidised food that was bought for public stocks. Talks continue on how to resolve this question in a way that addresses the concerns of all WTO members.

More information on existing WTO rules in the Agreement on Agriculture.

NOTE: This note is designed to help the public understand developments in the WTO. While every effort has been made to ensure the contents are accurate, it does not prejudice member governments positions. 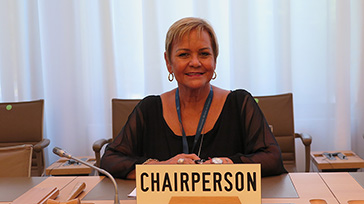